Infraestructures for cruise ships in Santander

The Port of Santander has large berths, the “Raos 8” West Quay being the longest, with 500 m. of mooring line, 13 m. of draught and a large operations platform, which allows it to receive the largest ships in the world. 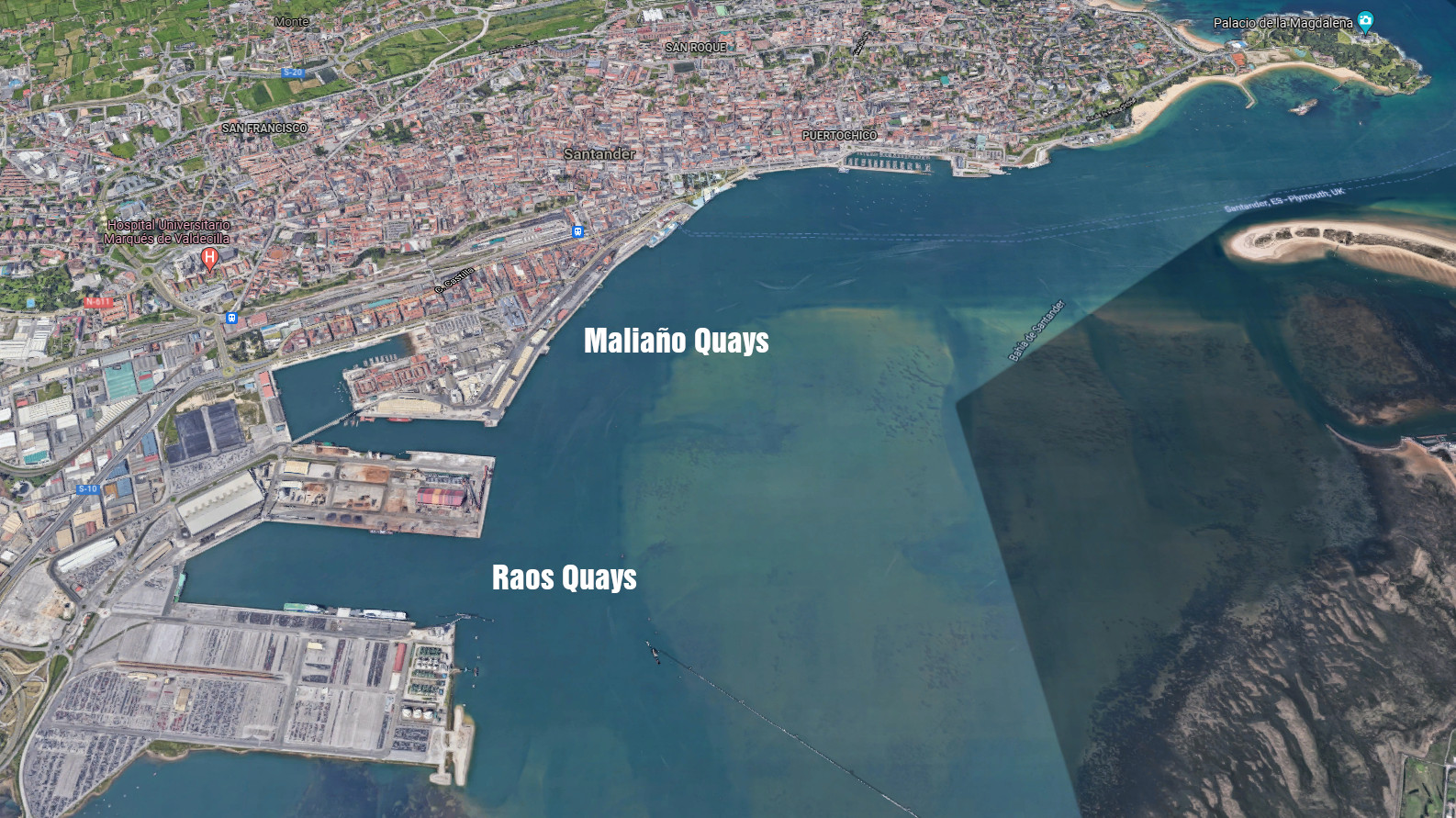 However, the “Maliaño quays” are the closest to the city centre, being the “Almirante quay”, with 290 m. of mooring line and 9.5 m. of draught, the closest and most convenient to reach the city centre, with the Maritime Station and the spectacular Art Centre, designed by Renzo Piano, Centro Botín, just steps away.

Between the “Maliaño” and “Raos” quays, we also have the “North Sea Quay”, which has 380 m. of mooring line and 9.50 m. of draught. It offers mooring to larger ships, without giving up contact with the city’s inhabited area.

It should be pointed out that, under normal conditions and thanks to the shelter of Santander Bay, neither cruise ships nor ferries need to use tug vessels for docking manoeuvres. 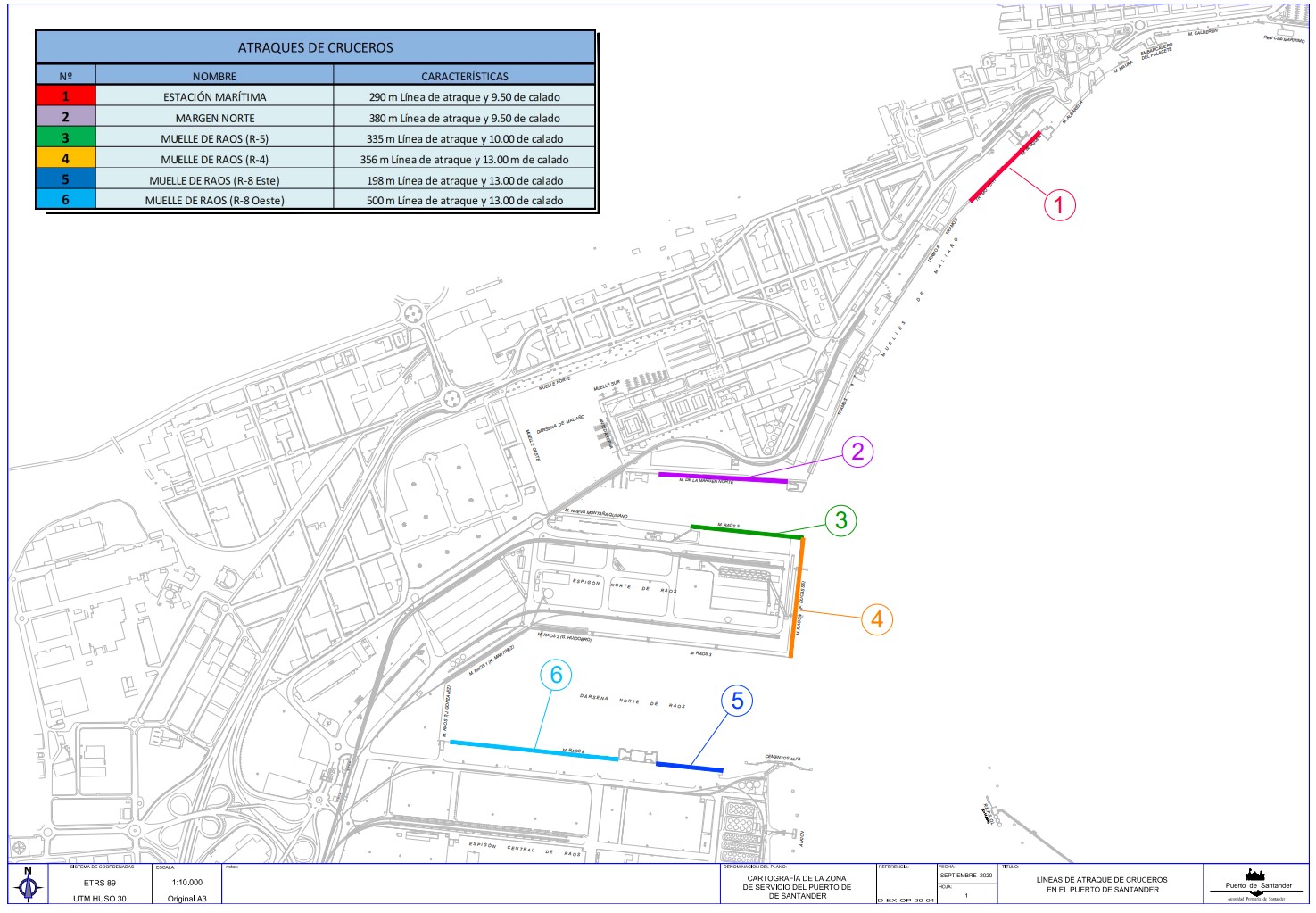 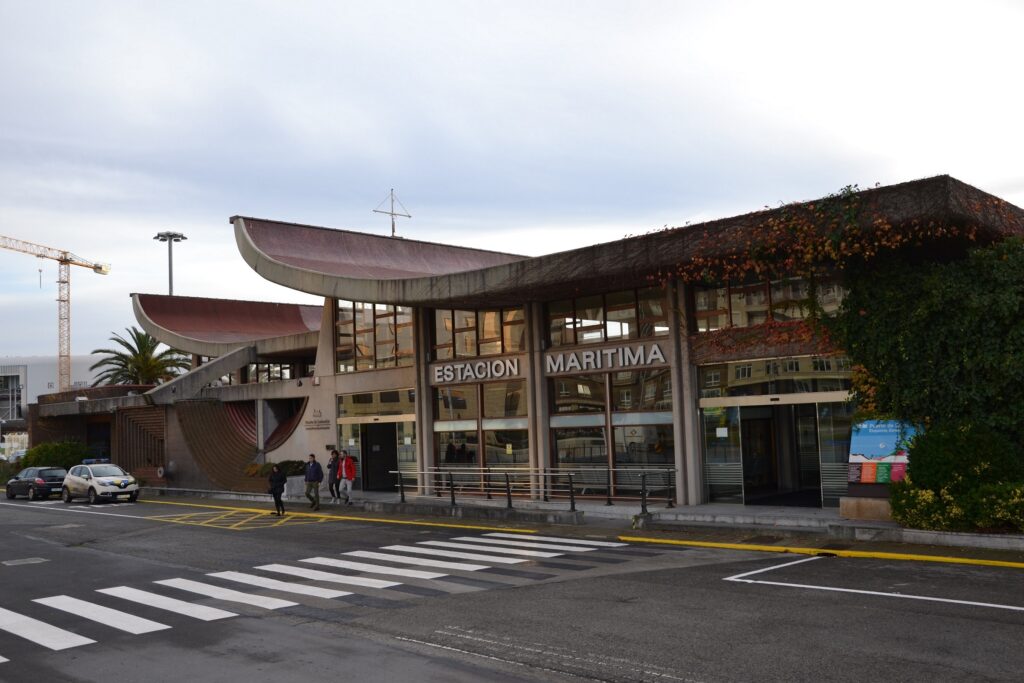 The Maritime Station is a unique building, designed by the architect Ricardo Lorenzo García in 1971 in an expressionist organist style, whose undulating roofs are reminiscent of the waves of the Cantabrian Sea. It is a spacious building offering a comprehensive range of services: waiting hall, cafeteria, shops, Police and “Guardia Civil” stations, tourist information office, and Wi-Fi. It is currently being refurbished, and when the work is finished in November, an exhibition on the tragedy of the “Cape Machichaco”, the ship that caused the greatest civil tragedy in Spain in the 19th century, will be staged. On the 3rd November 1893, while the ship was berthed in port, it suffered a fire on board, after which all its cargo of explosives exploded, claiming the lives of 590 people.

In terms of security, the maritime station has an X-ray scanner and a metal detection arch, and the port complies with ISPS regulations.

In 2019 the Port of Santander received 235,625 passengers, of which 29,229 were passengers from the 21 cruise ship calls that the city received. This figure represents a significant growth compared to 2018, when just 8 cruise ship calls were received with 12,139 passengers; figures very similar to those of 2017, with 11 calls and 12,708 passengers.

Clearly, this growth took place thanks to the British shipping company P&O, which contributed with 8 calls with some of its biggest ships, such as the Britannia, the Ventura and the Azura, all of them with a capacity for more than 3,000 passengers. Luxury shipping companies such as Ponant or Seadream also chose Santander in 2019 to call in the north of Spain.

In 2020 the forecast was to receive 18 calls with 15,073 passengers between April and October, but obviously the pandemic prevented all of them from taking place. The decline in numbers would also have come from P&O, which had only scheduled two stopovers in the city this year.

Santander Airport, dedicated to the legendary Cantabrian golfer Seve Ballesteros, is just a few hundred metres from the port and has recently been extended and renovated. It can handle 2.5 million passengers a year, although its historical peak was in 2019 with 1,174,896 passengers. Until the arrival of the pandemic, Ryanair was the main operator of international flights to London, Edinburgh, Dublin, Berlin, Brussels and Rome, among others.